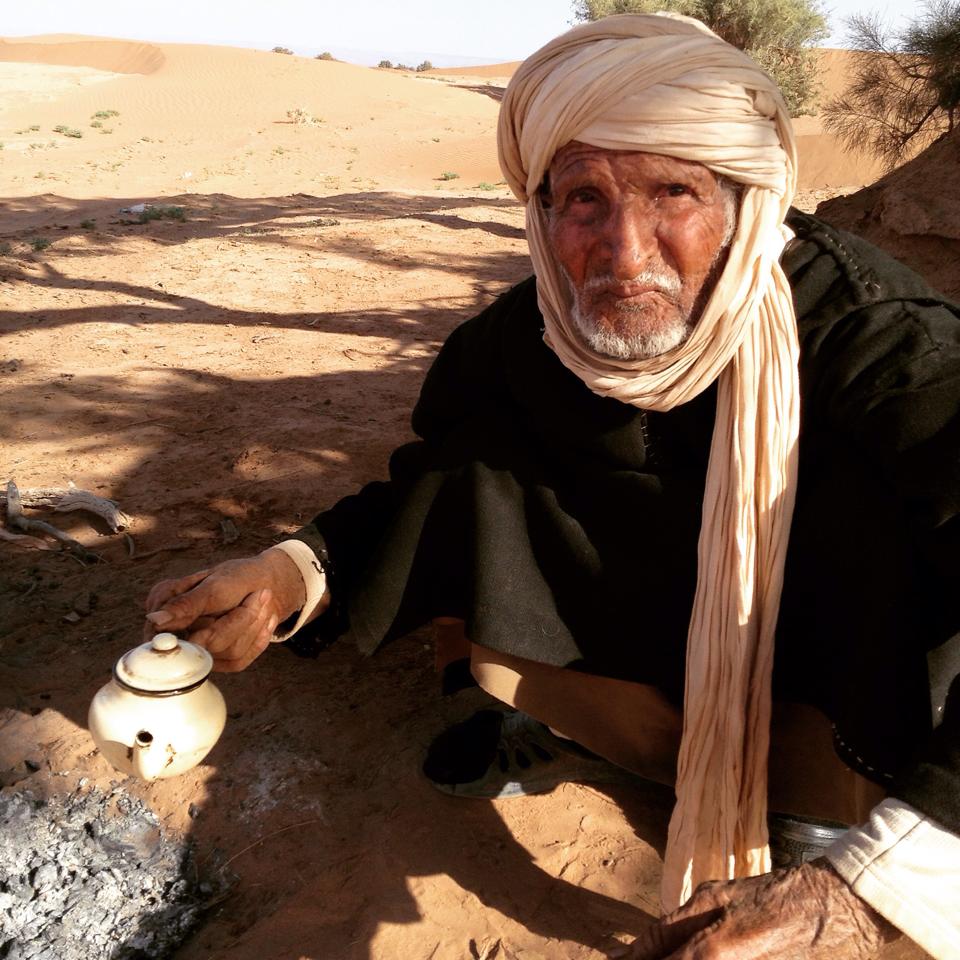 Meet Lahcen Boulbreba, otherwise affectionately known as ‘Berbere’, and something of a local celebrity (everyone knows Boulbreba…). He is the closest example you may find of someone who’s lived out their years in the desert, and still lives in the desert today. His home is a ramshackle collection of tents that hug the trunk of a broad Tamarisk tree, the only large tree in sight on the plain that supports the ‘garzeem’ shrub, the staple of the Dorcas gazelle. In the other direction, the fringe of the great dunes of Erg Chigaga, with a few rolling dunes offering Lahcen’s home additional shelter from the elements.


Lahcen is something of a recluse, so desert life suits him just fine. About two years ago he moved away from the ruined desert settlement at Erg Smar because it was becoming, in his words, ‘too busy’ (this is the same area that Yahya’s parents left behind once water became scarce). Lahcen’s parents were from this region of the Sahara yet he was born much further south, in the Western Sahara – testament to his nomadic heritage – and eventually the family returned cross-country.

Spending time with Lahcen next to the campfire it is hard to imagine him out of his comfort zone. However, he used to work for the French military (as a guide on the border between Morocco and Algeria) and he has travelled to some of France’s large southern cities. He of course speaks fluent French. Lahcen was not absent from the desert for long. During his middle-age he was the caretaker at one of the biggest wells in the region before it was sabotaged and the work stopped. During this period he became used to meeting ‘tourists’ and he was very proud to show us a small album of photos that tourists had sent to him, along with some letters. As you can probably tell, Lahcen is not camera-shy! His memory is still sharp and he can recall the nationalities of all the tourists in those photos.

He has some beautiful pictures of his daughter, then around aged 5 or 6 years. She is now studying in Marrakech. Him and his wife wanted their daughter to have the opportunity of a formal schooling that was not available to them. Sadly, they divorced and Lahcen does not make the long journey to Marrakech (he waits for the occasional visit from his daughter). His main company now is his transistor radio.

What is touching is hearing Yahya and Lahcen talk about all the people they know. Lahcen knows Yahya’s father and an idea immediately formed in Yahya’s mind – let’s get these two old nomads together (watch this space)! Lahcen still has a job and he watches over one of the small tourist camps when the staff are away. No doubt the pocket money he earns and the company of the young team are invaluable. Watching his slender frame clamber over the small dunes between the camp and his tents I can’t help but wonder how the next few years will affect his mobility and who will be there to watch out for him.

We met him in early January and the nights were bitterly cold. He told us that he makes sure he walks each morning to collect firewood. His diet consists mainly of soup, rice and pasta but the staff at the camp will prepare him a hot meal when they’re on-site. He told us he used to trap wild animals to eat. However, he has recently acquired two female sheep, which he expects will lamb. When we spent the evening with Lahcen we enjoyed the real luxuries of desert life; preparing the campfire well before dusk, setting out some blankets and cushions in its warmth, making herb tea and cooking tagine in the fire’s embers, before watching the stars appear. An idyllic way to spend a few hours, but having to survive out in the desert alone is a different matter.

It seems that Lahcen has taught himself the art of survival but it surely takes a special kind of character to be at home in the wilderness and put roots down there. 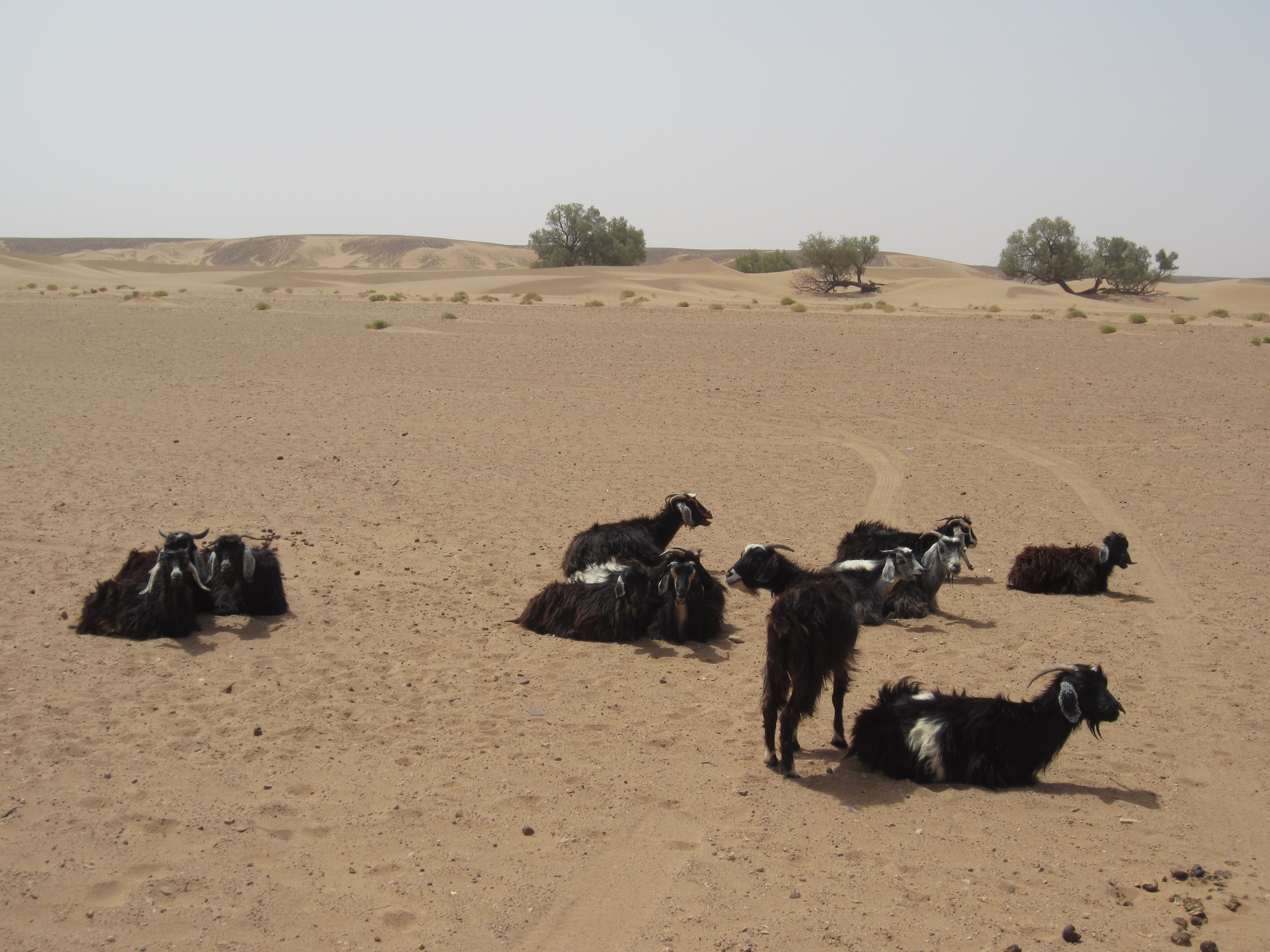 An easy recipe to try at home – with goat

An easy recipe to try at home – with goat