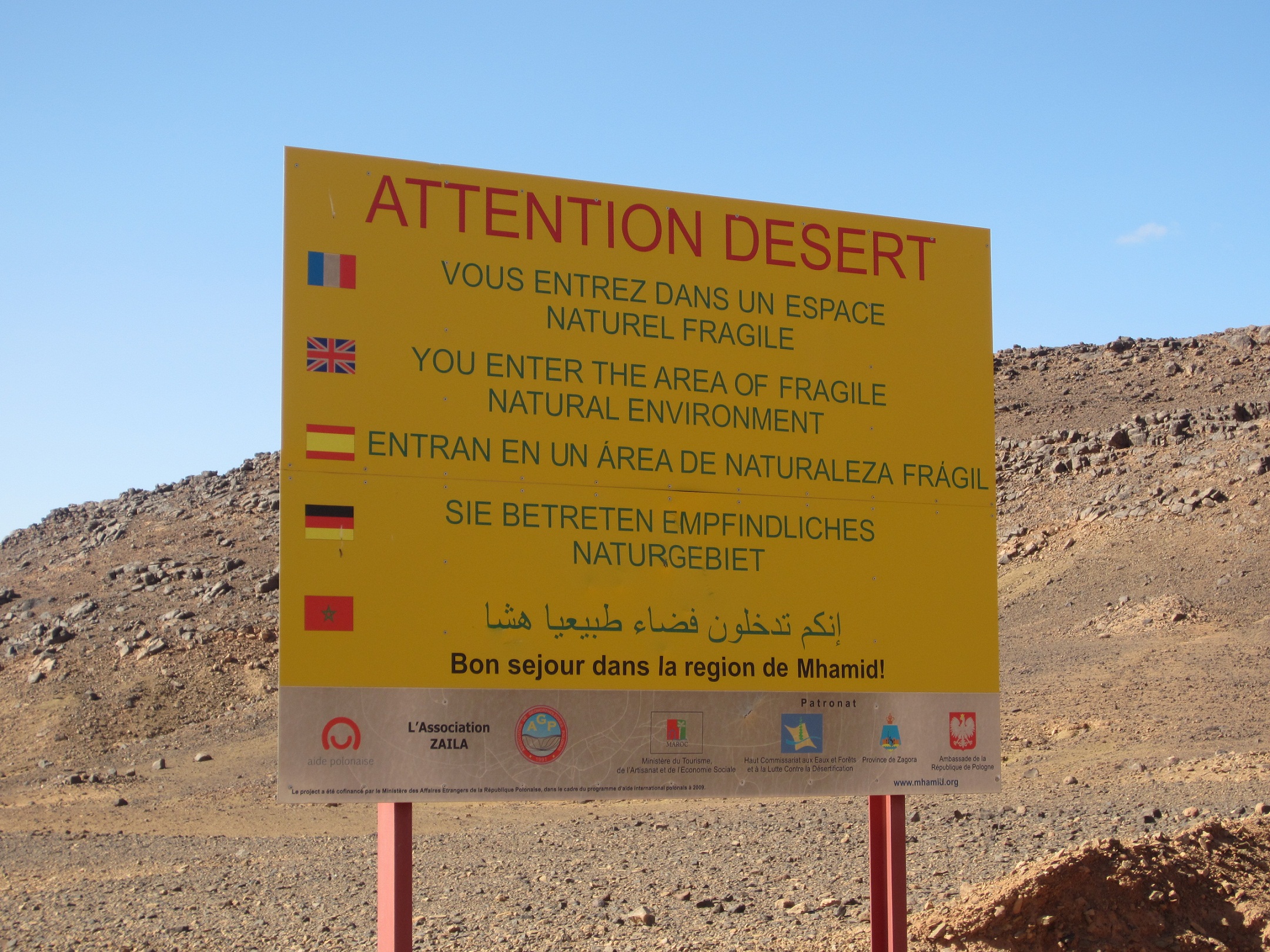 Created in 1994, Iriqui National Park was established to protect the biodiversity, flora and fauna across 123,000 hectares of south-eastern Morocco, and in particular to preserve the temporary wetlands of Lake Iriqui, at the heart of the desert.


Since the Draa River was dammed in the 1970s, near its source, the river no longer feeds into Lake Iriqui after the historic autumn floods. The lake dried up, leaving a vast salt bed. Despite shortage of rainfall, there is enough to sustain the wetlands, even for exceptionally short, temporary periods of time in the winter. The wetlands attract migratory birds (e.g. geese, flamingo).

It is the largest park in Morocco (re: surface area) and is unique in that it is Saharan. It lies between the outer reaches of the Anti-Atlas mountains (to the west) and the Draa River Valley (to the east). Therefore, the great dunes of Erg Chigaga are simply a small part of the park (despite being the longest erg in Morocco at approx. 40km length).

Apart from a few families settled within the park (most of whom settle near the mountain walls of the Jebel Bani), the entire population of the area are nomadic, practising transhumance along the circuit Figuig – Tan Tan. The lake area offers the best grazing site for their animal stock (goat, donkey, dromedary).

The area’s vegetation is characterised by arid savannah with acacia trees and, amongst the dunes, tamarisk trees. The park is home to one of the largest acacia forests in North Africa. The wildlife of the national park includes the dorcas gazelle, fennec fox and the houbara bustard (an endangered species, hunted for sport), amongst a variety of other bird species and reptiles. Other rare Saharan species are said to be expected to be reintroduced into areas from which they were previously wiped out. 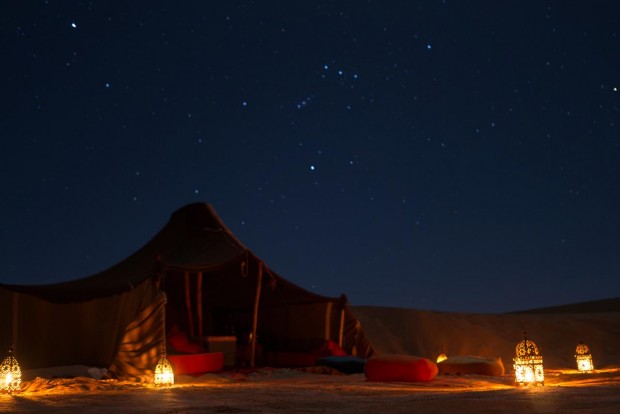 Save the date – Desert Astronomy

Save the date – Desert Astronomy